The dosimetry service of the Energy Department (before Nuclear Engineering Department) was implemented for the research nuclear reactor operation, both for personal and for area dosemeters. The first dosemeters were based on photographic films for whole body dosimetry, while thermoluminescence dosemeters for extremity dosimetry were subsequently introduced.

In the last years, the service decreased its routinely activity to focus on characterization activities and scientific collaborations.

In particular, a commercial system based on OSL dosemeters (Optically Stimulated Luminescence) has been introduced after completion of its characterization. Furthermore, an algorithm has been developed to use the same dosemeter cards for area dosimetry system.

After the participation in 2014 at the first EURADOS intercomparison for passive air dosemeters, the environmental dosimetry topic has been studied and developed. In particular, the laboratory gave its availability as support laboratory for the European project “Preparedness”. One of the scopes of this project is the harmonization of passive dosimetry for environmental radiation monitoring.

Nowadays the environmental dosimetry is done with both OSL cards and LiF:Mg,Ti thermoluminescence chips (TLD-100). Thermoluminescent crystals can be used in extremity dosimetry holder and inside spherical container.

For the calibration and the characterization, the dosemeters are irradiated with X e γ radiation in free air at the Calibration centre (LAT n°104) – Ionizing Radiations sector of the Politecnico di Milano. Calibration is repeated for every new detector set.

For information about the environmental dosimetry system and our activities, please do not hesitate to contact us by email under the following address: metrologia-radiazioni@polimi.it 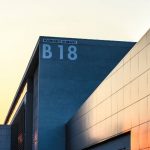